Bane is a big, happy Doberman Pinscher, who just turned four. He’s so active and upbeat, that you may not even notice right away that Bane is missing his left hind leg. 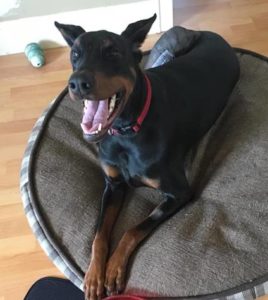 In the fall of 2017, when Bane was almost two years old and had all four limbs, he tore his cranial cruciate ligament (CCL) in his left hind leg while on a walk.

“He was in so much pain that he was basically screaming,” said Natashia Schwarz, one of his guardians. “I didn’t even realize dogs could make that sound—it was awful!”

Natashia and her partner, Kelsey Dugas, quickly brought Bane to his regular veterinarian, who identified the injury as a CCL tear in his left hind leg. After getting a second opinion and confirming the extent of his injuries, Bane had an extracapsular (or outside-of-the-joint) repair in his knee using the lateral fabellar suture (LFS) technique with a nylon monofilament suture.

“He seemed to be healing initially, but then things took a turn for the worse,” said Natashia.

Bane’s operative knee became very swollen, which the vet’s office assumed was his body rejecting the implant, an autoimmune disorder or an infection. None of the treatments or physical therapy they tried seemed to be helping, and Bane lived in pain for months while his owners searched for a different treatment plan.

Natashia had been following Espanola Animal Hospital on social media and often saw their posts about innovative treatments that had been helping other pets with orthopedic injuries.

“I kept seeing the Facebook posts from Dr. PJ about saving animals with all these successful procedures,” said Natashia. “I didn’t really expect him to respond, but I decided to send him a message about Bane’s injury, just in case he might.”

“His knee was infected,” said Natashia. “Dr. Rocheleau said that the infection had been eating away at healthy tissue and his knee also had a ton of arthritis. It was unsalvageable.”

Bane’s caregivers and Dr. Rocheleau made the difficult decision to amputate Bane’s infected leg. Because of his size, Bane’s right hind leg would be more prone to injury without the support of another, but Dr. Rocheleau assured them that removing the infected leg should make him healthier and happier.

“He woke up and was immediately a different dog,” said Natashia. “He was back to being himself again!”

Within a few days, Bane was walking, this time on three healthy legs. Dr. Rocheleau was thrilled to see how drastically his mood had improved without the infected limb holding him back. 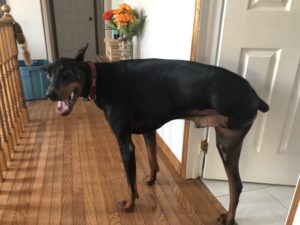 Bane was out playing about six months after the amputation and, as predicted, he tore the CCL in his right hind leg. This injury is very common for dogs, especially larger breeds, because of the strain put on their knees.

“I was so scared,” said Natashia. “We knew there was an increased chance of this happening, but I was afraid he would have a bad reaction to this surgery, too.”

Dr. Rocheleau said, “Since Bane only had three legs, it was hugely important to me to fix this as soon and as well as possible.”

Natashia and Kelsey said that Bane seemed like his playful self again immediately after the surgery.

“We had to make sure he was taking it easy for a while to heal, of course, but he was happy right away!” said Natashia.

Dr. Rocheleau compared Bane’s CCL injuries and the infection that followed his first surgery to having the flu every day—you just feel awful all the time. Now, almost 10 months after Bane’s TPLO surgery with Dr. Rocheleau, Natashia and Kelsey say he’s happier than ever.

If your pet shows pain by limping, holding its leg up, or by decreasing normal activity levels, you may want to ask your vet about tibial plateau leveling osteotomy with InternalBrace™ ligament augmentation. Read more about Arthrex Vet Systems’ innovative products and successful outcomes at ArthrexVetSystems.com or ArthrexVetSystemsBlog.com. 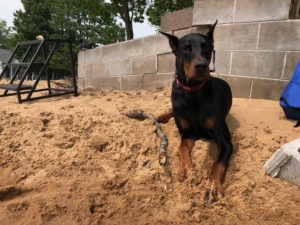 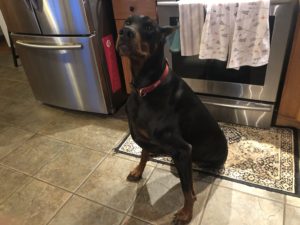 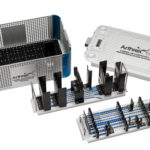 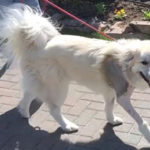 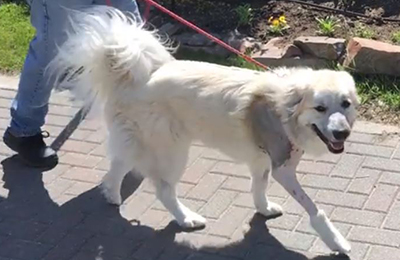 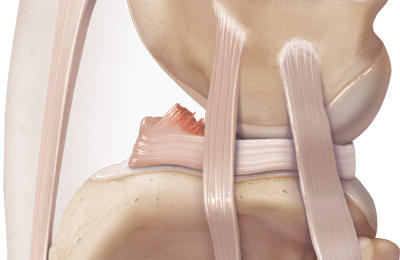 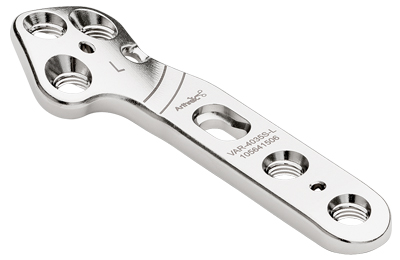